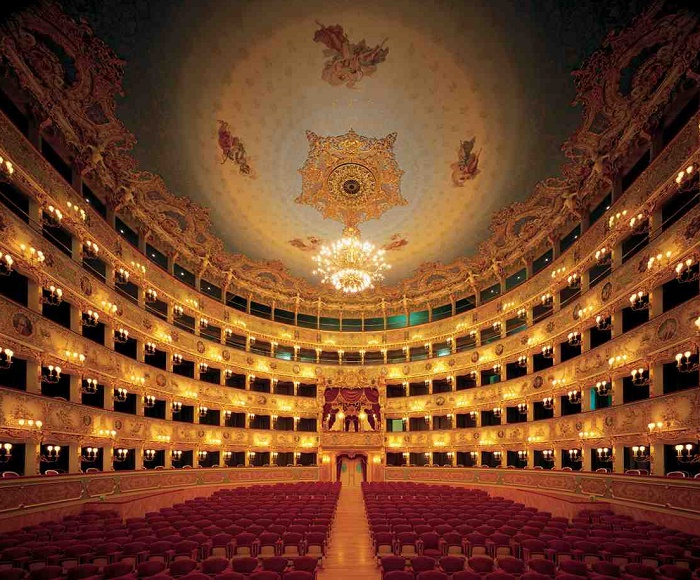 LA FENICE THEATRE - On 29th January 1996 a devastating malicious fire destroys the theatre, temporarily closed for maintenance work. The fire brigade fights the blaze for the entire night. The world over laments the loss of one of the most beautiful theatres, with its extraordinary acoustics and protagonist, from time immemorial, of the opera, musical and cultural life of Italy and Europe. From the sorrow of the loss comes the desire to reconstruct the historic theatre inspired by the motto "the way it was, where it was", drawing on the reconstruction of the church tower of St. Marks.Immediately after the fire all the necessary work is carried out to prevent and avoid dangerous situations to public safety, like for example work propping the perimeter walls. Only after the site is released from seizure does the removal of rubble begin, disposed of in three months.To celebrate the re-opening of the historical Theatre, the Teatro La Fenice foundation and the Municipality of Venice, in association with the Region of Veneto, organise a week of musical events in the new Fenice. In the presence, on the royal stage, of the President of the Republic Carlo Azeglio Ciampi and broadcast live on television, Riccardo Muti opens the Inaugural Week in the newly renovated La Fenice Theatre on 14th December 2003, with the Orchestra and Choir of La Fenice theatre.
Reviews of: Teatro La Fenice