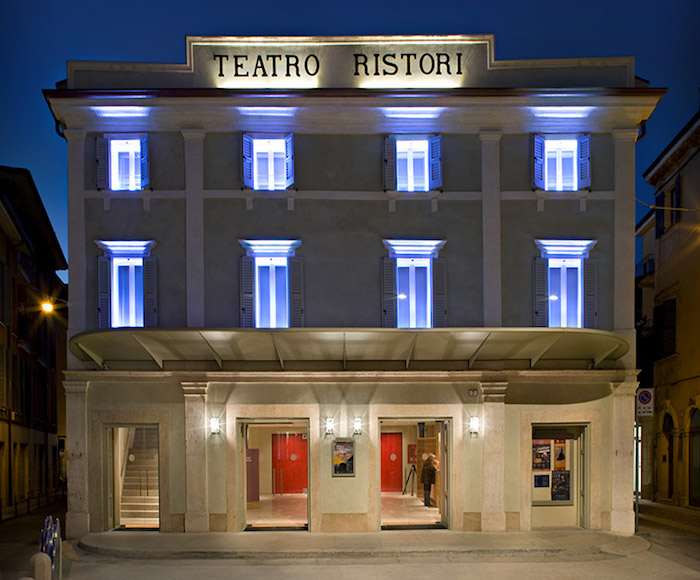 The stage of the Ristori presented famous interpreters and composers by Pietro Mascagni, Beniamino Gigli, Toti Dal Monte, Domenico Modugno, Paolo Conte, Gino Paoli, Roberto Vecchioni, Chick Corea, Vasco Rossi. The Theater, opened in 1837, takes its current name in 1856 in honor of Adelaide Ristori, the greatest Italian actress of the nineteenth century, who here received enthusiastic consent. It becomes a great city theater, innervated in the cultural and social development of Verona, presenting, in the next century and a half, shows of all genres, from great prose to opera, from veglioni to marionette, from the first cinema screening in Verona to the vaudeville, to the variety. Closed in 1983 because it did not comply with the regulations, the Ristori was purchased by the Fondazione Cariverona in 2001 with the aim of returning it to the community. The Superintendency for Architectural Heritage of Verona considered it worthy of protection, high example of theatrical architecture of nineteenth-century plant.
Reviews of: Teatro Ristori, Verona